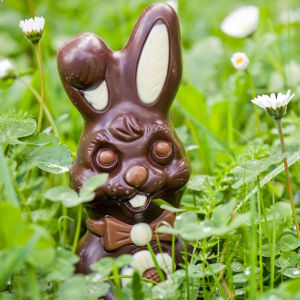 Is your carb intake as low as you think? Going over your daily carb limit – usually unconsciously – is a common problem on a low-carb diet.

Some people fall into this trap because they don’t pay attention. Maybe they don’t bother to track their food.

Guessing carb content instead of looking it up also leads to mistakes, as well as estimating quantities instead of weighing your food.

But sometimes excess carbs sneak in even if you are doing everything by the book. Carbs are cunning – they can hide anywhere! They creep back into your diet where you least expect them.

Here are some common areas to watch out for hidden carbs.

Meat consists of protein and fat, and has zero carbs. But this rule only applies to fresh unprocessed meat.

Processed meat products like sausages, burgers, ground meat and “reconstructed” ham are often stuffed with extra wheat, starch and sugar. Any meat or fish that is battered, or coated with breadcrumbs, carries extra carbs.

Ideally, avoid all processed meats and eat fresh. Make your own low-carb versions of foods like burgers or sausages (it’s not as difficult as it sounds). If you can’t, just be very vigilant and check the labels carefully for nutritional information.

It’s easy to forget to count sauces when tracking your food intake. But they can be extremely high in carbs. You are also likely to get sugary condiments when dining out.

It’s better to make your own low-carb sauces and dressings at home – then you will know exactly what goes into them.

Another trap when buying meat is marinades and rubs. They are also likely to contain lots of sugar, especially popular products like BBQ marinade or teriyaki sauce. You might think you are safe since you are just buying a chunk of meat. But it has been bathed in carbs!

Again, it’s best to buy fresh meat without any marinades, and make your own low-carb marinade at home.

Nuts are a popular low-carb snack. Most of them are indeed quite low in carbs. But there are a few exceptions, so watch out for those.

The best nuts are those with a high fat content, for example, walnuts, pecans, Brazil nuts and macadamia.

Fish, like meat and other animal proteins, is zero carb. But not all shellfish and seafood is the same. Most people don’t realise this. An innocent-looking seafood platter for dinner could push you over your carb limit.

Shellfish is delicious so don’t avoid it. Just be aware of that small amount of carbs, and make sure to include it to your daily tracking. The good news is that prawns are ok – their carb content is negligible.

Offal is another example of animal protein that comes with a small amount of carbs. Liver is the most popular one. Watch out for meat pates, as they are often made from liver.

Liver is extremely nutritious so it’s a good idea to include it to your diet – as long as you don’t treat it as zero-carb.

Manufacturers don’t disclose sugar content of these remedies – legally they don’t have to. Estimates suggest it could be as high as 4-7g of sugar per serving.

Check product packaging for sugar and sugar-like ingredients such as sucrose, glucose or HFCS (see the full list of sugar names).

Anything labelled as “low-fat” or “fat-free”

Hopefully, you are not tempted by low-fat products anyway. On a low-carb diet, fat is your friend!

Low-fat products often have more carbs than the same full-fat product, either naturally or due to added sugar.

Avoid low-fat products – always go for full-fat options. They taste much nicer too!

“No added sugar” is another misleading label. Marketers hope you will read this as “no sugar”. But that could be completely wrong.

Products with this label are often naturally sweet foods, like fruit juice or raisins. Breakfast cereals sometimes get this label too.

These foods are naturally high in carbs. Not adding extra sugar makes them a little bit healthier for an average consumer. But they are still high in carbs and not suitable for a low-carb diet.

One further step into the dark side of food manufacturing is “low-carb” and “sugar-free” bandwagon. Some products with these labels are as good as they say – but not all.

Unscrupulous manufacturers use dubious practices, like labelling all sugar alcohols as zero-carb – they are not. Some companies have been caught doing outright fraud, and mislabelling their products.

When trying out new brands or products, do your research and check the reviews and feedback on low-carb forums and blogs. Or just stick with tried and tested brands. There are companies with a long track record who are trusted by the low-carb community, for example:

2 comments on “Hidden carbs – Don't let them sneak back”