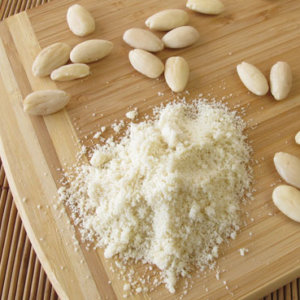 Almond flour, ground almonds, almond meal… Are they all the same? Unfortunately not.

As I have discovered through trial and error, there are a few things you need to watch out for. Especially if you are an enthusiastic low-carb baker who uses almond flour all the time.

The article explains the differences between ground almond product variations.

If you don’t have the time to read the whole post, check out the bit about defatted almond flour – the cause of many baking disasters and messed-up carb counts.

Ground almonds – exactly what it says on the tin 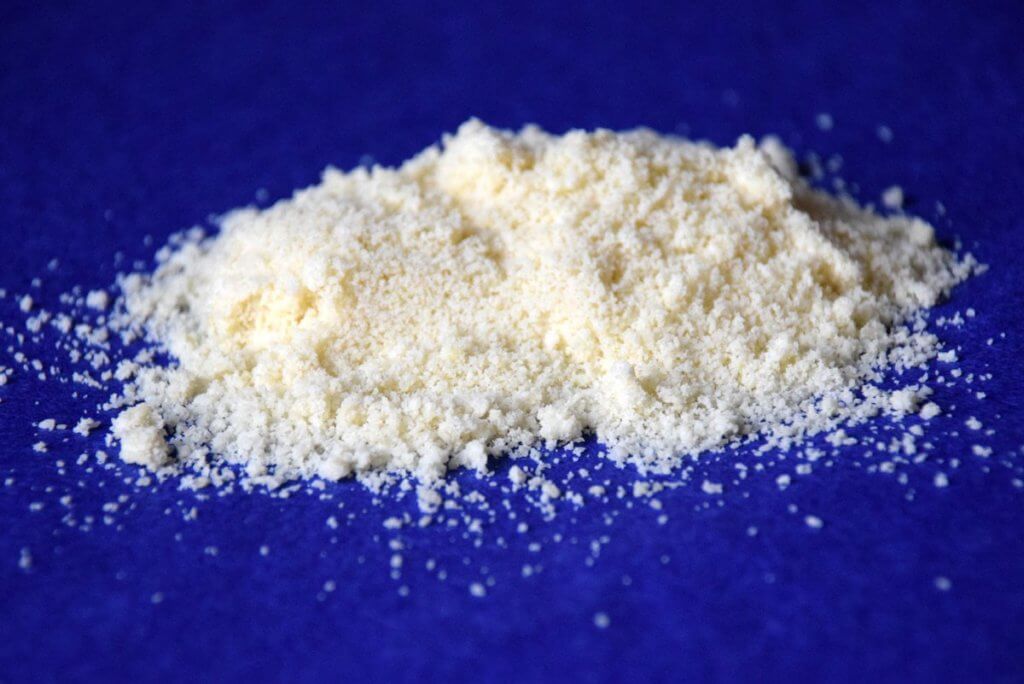 Ground almonds are basically just that – raw almonds, blanched then ground and packaged up. The texture of ground almonds is not as fine as that of flour. You can clearly notice the difference in texture in your finished baked goodies – they look a bit more “grainy” (no pun intended!).

The colour of ground almonds is light ivory, same as almonds with skin removed. Their nutritional content is almost the same as that of raw almonds but with a little less fibre, because of the skins removal.

Almond meal is just another name for ground almonds.

Unblanched almond meal is basically the same, but using raw almonds without blanching. So that the skins get ground up as well. This type is less common and doesn’t work as well in baking.

So far, so good. The confusing part starts when we get to “almond flour”.

Almond flour – not as clearly defined 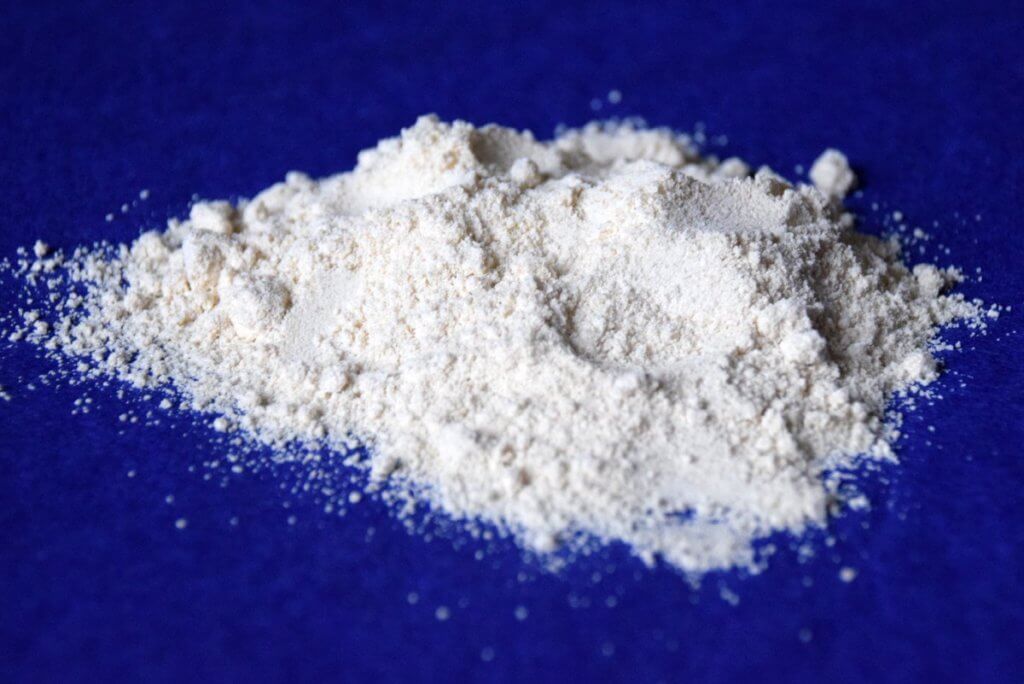 Almond flour is a bit of a tricky term. There is no single clear definition for it.

The products sold under this label can have considerable differences in nutritional content. Depending on the brand, “almond flour” can refer to:

3) Defatted almond flour
Some almond flour products are made from defatted ground almonds. And this, ladies and gentlemen, is the one to watch out for!

Defatting is a process where nuts are pressed to squeeze out the oil (presumably sold as a separate product later). The end product is drier which allows a much finer degree of grinding. The texture of defatted almond flour is very fine – pretty much the same as that of traditional grain-based flours.

But defatting also alters the nutritional balance of the end product. It is no longer the same as raw almonds or ground almonds.

For ground almonds, the nutritional content is the same as raw blanched almonds.

For defatted almond flour, nutritional content depends on the degree of defatting – i.e. how much oil has been taken out. As you can see, this can very a great deal, so always check product labels.

This difference is not as huge if you are comparing by volume (e.g. 1 cup), because defatted almond flour is denser. It’s hard to quote precise nutritional figures for volume measurements – there are additional factors such as density and generally more room for error. So I recommend weighing your product to double check.

Nutritional balance is not the only issue. Differences in texture and fat content can wreak havoc on your baking. If you use defatted almond flour instead of ground almonds in a recipe, it will produce drastically different results.

I learned this through bitter experience when going through some negative comments about my low-carb baking recipes. It took me a while to figure out why they would turn out perfect for some people, and completely flop for others.

Drying out is another point to consider. Unlike traditional grain-based flours, nut flours like almond flour and coconut flour dry out easily. Age, exposure to air, storage conditions and temperature all play a part.

How can we cope with all this confusion?

Forewarned is forearmed! As long as you are aware of the potential pitfalls with defatted almond flour, you can work around that.

1) Always check exactly which type of product a recipe includes – ground almonds, defatted almond flour, or some other variation like unblanched almond meal. Most popular low-carb blogs include this info, often with links to the exact ingredients they use. Cookbooks also usually have a section on the author’s preferred brands.

2) Always check product labels, especially if it says “Almond flour”. As described above, it could be exactly the same as ground almonds – or it could be the defatted version with a much higher carb content.

If you don’t have the right type of product at hand, you can tweak recipes a bit to make sure they still work.

If a recipe calls for ground almonds, but you are using almond flour, you will need to add extra moisture (for example, butter, coconut oil, dairy or nut milk), and vice versa – reduce the moisture if using ground almonds instead of defatted almond flour.

Low-carb baking recipes that include pictures (or better still, videos) of the batter, or at least detailed descriptions of its required texture are a better bet.

Once you settle on one specific product or brand, you will quickly get used to it. You may need to do a few trial runs to get the feel for it. And then you will just know when a recipe needs a bit of adjusting.

Which type is better for a low-carb or Keto diet?

Overall, I think ground almonds are a better bet if you are on a low-carb or Keto diet. The higher fat content is not a problem – it’s actually an advantage. The grainier texture is not a major problem, and the taste is the same.

Where to buy almond flour and ground almonds

You can find this type of product in supermarkets – check out Free From section, as they often put it in the “gluten-free” product selections.

I tend to buy all my baking ingredients on Amazon in bulk. If you bake regularly, this works out a bit cheaper than buying smaller packs in supermarkets. Make sure to store it in an airtight container to avoid drying out. 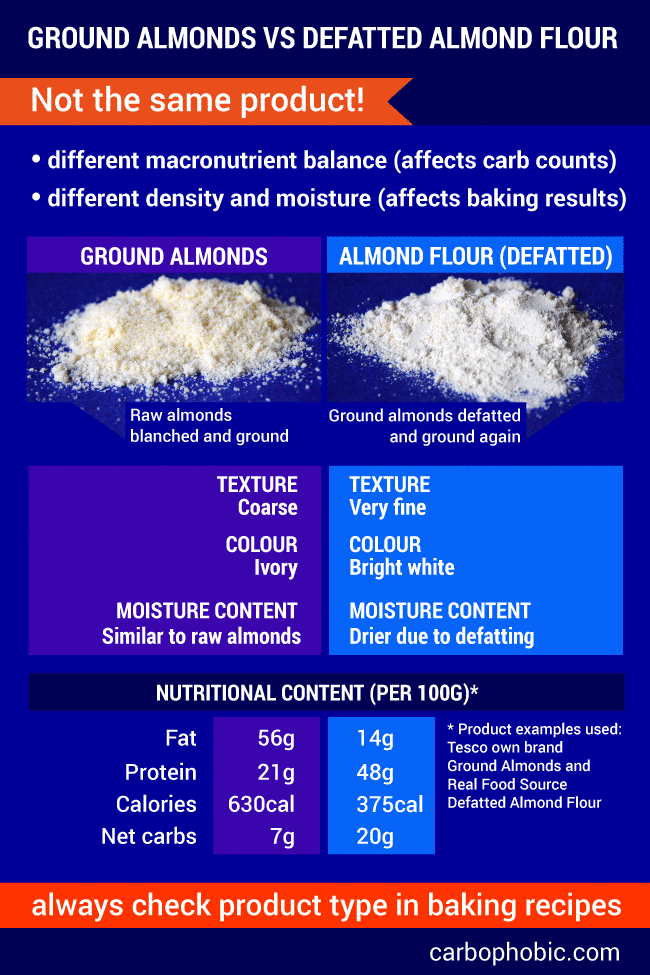 11 comments on “Almond Flour and Ground Almonds – Same or Not?  ”

We use cookies to ensure that we give you the best experience on our website. If you continue to use this site we will assume that you are happy with it.OkPrivacy policy